The Bot-Kleinmond Estuarine System was ranked in the Top 10 Most Important Estuaries in South Africa due to its size, habitat importance, zonal type rarity and biodiversity. With all its natural attractions, excellent location, well developed surroundings and a surplus of outdoor activities, this is a Ramsar wetland well suited for tourism. 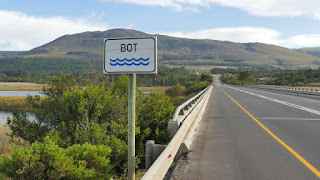 Traveling from Cape Town on the N2 to Hermanus, take the turn-off onto the R43 at the town of Botrivier. Ten kilometers further, pass the R44 turn-off that leads to Arabella Country Estate and towards the town of Kleinmond. Continuing on the R43, cross the Bot River. From this bridge, exactly 100km from Cape Town, the Ramsar site extends all the way south towards the coast (Indian Ocean), a distance of 8km. The site includes the Rooisand Nature Reserve on the western side and all the water mass along the shoreline of the estuary until it intersects with the coast. This is an area of 1,350ha. The closest towns are Kleinmond and Hermanus.

The Bot-Kleinmond Estuarine System consists in essence of the estuarine lake with a controlled open/closed breaching of the mouth into the Indian Ocean. Primarily it can be considered Estuarine Waters that are dominated by sea water when the mouth is open. However, since the mouth is mostly closed, the Bot section more typically has the characteristics of a brackish lagoon. The system has a double mouth, and the smaller Kleinmond section tends to be freshwater-dominated when the mouth is closed. 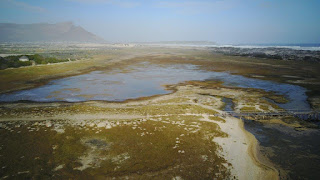 It plays a major role in the ecological functioning of the coastal system by providing a large body of water for birds during the dry summer months, and by serving as a nursery area for marine fish species. The system’s configuration helps prevent flooding, since the adjoining Kleinmond section acts as an overflow when water levels in the Bot section reach 1.7m above mean sea level. This means that the Bot estuary rarely opens naturally, and the system requires planned artificial breaching to maintain estuarine functioning. The estuarine is thus described as a controlled open/closed system, with an overflow channel into the Kleinmond estuary providing the only contact with the sea.

The disadvantage of the system being closed is that the lagoon cannot discharge its sand and silt load or obtain sea water by means of tidal exchange. The migration of marine fish is also impeded by this limited connection. The overflow marine system acts as a one-way safety valve that allows excess flood waters to escape at the Kleinmond estuary, but prevents the lagoon from breaking open to the sea by natural means.

When and why Ramsar

The Bot-Kleinmond Estuarine System became South Africa’s 23rd Ramsar wetland on 31 January 2017. It comfortably met most of the 9 stated Ramsar criteria:
it regularly supports more than 20,000 waterbirds it regularly supports 1% of the population of one species of waterbird
it supports a significant proportion of indigenous fish species - 20 of the 41 fish species recorded in the Bot-Kleinmond Estuarine System are Southern African endemics
the wetland accounts for 12% of the total estuarine fish nursery area along 900km of coastline from False Bay to Port Alfred, thus an important nursery and/or migration path on which fish stocks depend 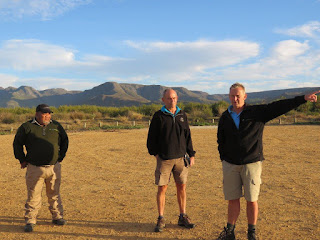 The Bot-Kleinmond Estuarine System is jointly managed by CapeNature and the Overstrand Municipality with the Bot River Estuary Forum as the main controlling structure.

Overall bird abundance is determined mainly by the presence or absence of Red-knobbed Coots, since these occur in extremely high numbers during periods of low saline content of the estuarine water. Of the 86 bird species recorded at the Bot-Kleinmond Estuarine System, three species are globally threatened, most notably the Bank Cormorant. 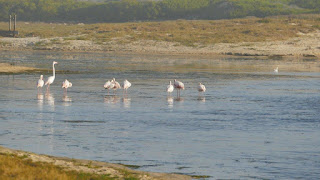 The surrounding communities of Kleinmond, Fisherhaven and Hawston have a close relationship with the Bot River Estuary. Many residents and holiday makers utilize the estuary for fishing, water sport, and launching of boats at Fisherhaven (the only official launching site) and other private slipways.

Access to the Bot River Estuary is currently limited due to private land ownership along its shores. Arabella Country Estate, the Benguela Cove Lagoon Wine Estate and the Middelvlei Estate can only be accessed by residents or with special permission. Actions to gain easier access for visitors are in progress. 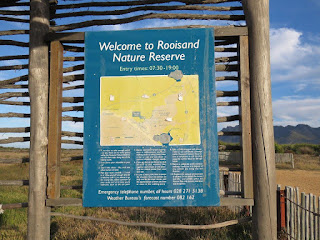 Included in the Ramsar boundary is the Rooisand Nature Reserve on the western side, also managed by CapeNature. Although there are no accommodation facilities, the reserve is considered a very good birding spot. Wooden boardwalks inside the reserve leads to a bird hide that has been developed by CapeNature and the neighboring Arabella Country Estate. The section to the first lookout point is wheelchair friendly. The reserve is also well known for the wild horses that are often seen in the area. 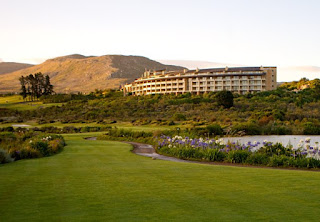 Following in a clockwise direction, the next neighbor of the estuarine is the upmarket Arabella Country Estate, which also hosts the Arabella Hotel & Spa. The famous golf course on the banks of the Bot River Lagoon is ranked in the top 10 in South Africa. 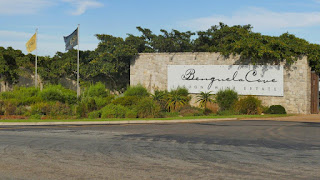 Continuing along the northern border of the wetland, just past the Bot River bridge, is the Benguela Cove Lagoon Wine Estate. This 200-hectare security estate has luxury waterside and vineyard residential properties.

Benguela Cove is a protected nature reserve and a working wine farm. It has its own jetty, slipway, boating garages, clubhouse and storage. Water skiing, kite-surfing, kayaking, open water swimming, swimming pool, tennis court, basketball, boule courts and an 11km walking/biking track are all exclusively for residents use.

Across the lagoon from Benguela Cove towards the south, is the village of Fisherhaven. It has a yacht club, public slipway, small caravan park, and public playground. The wild horses of Fisherhaven can often be seen roaming free in the area. 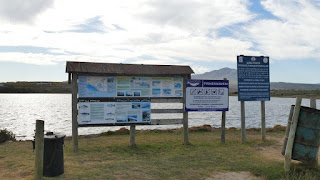 Bird-watching hiking trails have been developed by the Fisherhaven Rate Payer's Association. Birding along the trails can be excellent, particularly in the early morning when many waterbirds, waders and terrestrial species are on view.

On the eastern shores of the lagoon, bordering onto the coastline, is the Middlevlei Estate which include Meerensee, Meerenbosch, Sandown Bay, and Flamingo Bay.

The Middelvlei Estate is private and secure, with great children’s facilities, large swimming pool and toddlers’ pool, two full tennis courts, a recreation hall with DSTV, pool table, table tennis, games, bar and tuck shop, and bicycle roads inside the estate. There is a small unofficial launching ramp for lagoon boating and fishing. You can walk along the unspoilt, clean sandy beach for a few hours until you reach Kleinmond. 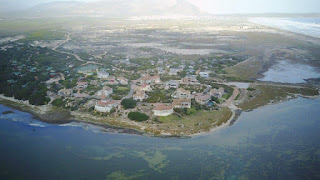 Canoeing, fishing, water skiing, sailing, kite-surfing, kayaking and swimming are possible and popular in demarcated areas of the lagoon. Various scenic routes for walking and cycling are available under the many Milkwood and other trees in and around the estate, including around the edge of the lagoon. Access to the beach and estuary is currently being a matter of negotiation with the local and government authorities.

Like most of the Ramsar wetlands that we have visited, the Bot-Kleinmond Estuarine is also not without its challenges.

Changes in the quantity and quality of water entering the estuarine system, primarily due to the abstraction of water for agricultural and other development activities, represent the major impact on the lagoon and estuary.

Normally the mouth is opened at the end of the winter rain season and the start of marine fish spawning, end of September. During our visit in May it was closed.

Recreational activities, including boating, flying (gyrocopters), horse-riding, dog-walking, occur on the private properties along the estuary shores and can disturb the birds that make this a wetland of international importance. These activities need to be managed and the existing zonation of activities enforced by management so that disturbance is reduced without affecting the recreational potential of the site.

Poaching, especially illegal angling and gill-netting, impacts severely on the estuary's ability to act as a fish nursery. It also affects some of the bird species indirectly, as diving birds get caught in the nets.

It was clear during our visit that the current management authorities of this Ramsar wetland are keen to develop more recreational facilities, activities and events. Although this should be welcomed by all concerned, it will have to overcome the current restricted access to the Bot River Estuary as mentioned earlier. Local government needs to present a plan to allow better and easier access for visitors and tourists. This plan will have to be negotiated and accepted by all the owners and residents of the surrounding communities of the wetland. It is their safety, security, privacy and property values that pose the biggest challenge.