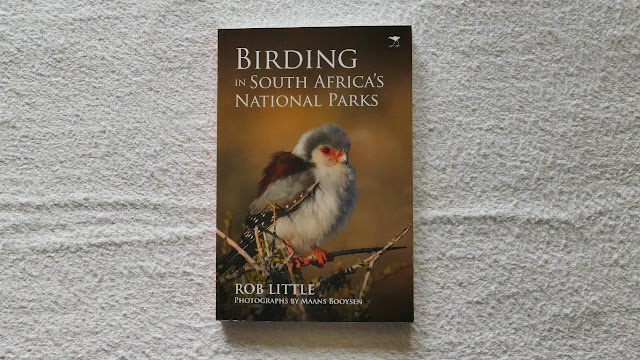 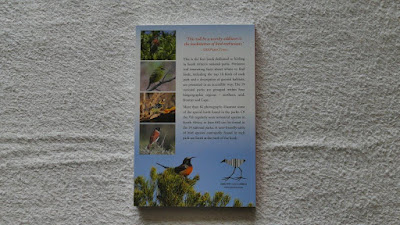 Most ecotourists enjoy visiting South Africa’s National Parks. Some visit these parks to see the Big 5, others to enjoy nature. Avitourists (or traveling birdwatchers as this book explains it) visit our national parks for all of the above, but mostly to enjoy the birds that flock to these protected areas. This book, a first on birding in all of South Africa’s National Parks, will tell you what birds you can expect to see in each of the 19 national parks, and specifically where inside each of the parks. 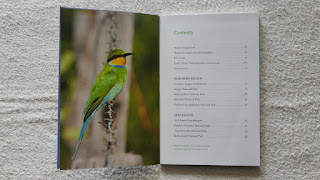 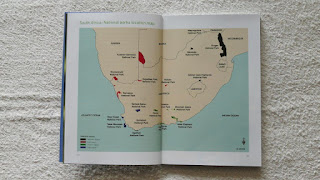 A short geographical and history description of each park is followed by the park’s landscape features and associated habitats, before getting to the birds of the park.


The birding section provides information on what bird species occur in the specific park, and which particular areas within the park are most likely the best spots to find sought after birds. Note that this is not a bird identification guide nor a guide explaining bird habits. It only mentions the birds by its common name, with interesting facts about where to find these birds. For each park, a list of “Special birds” is also given. These are typical bucket-list species of the biome that the park represent. 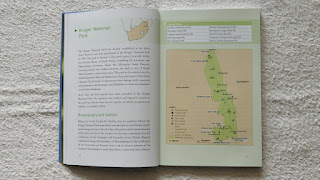 A well presented map for each of the national parks fits onto a single page. This provides a nice overview of the park and indicates the park’s major roads and accommodation facilities. 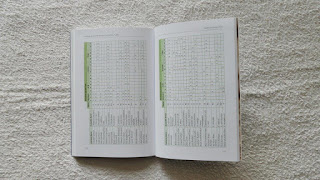 No index of bird species mentioned in the book is provided. There is a bird species list in the back of the book, indicating which birds can be found in which parks, and their residential/endemic status. However, there is no common, logical sequence to this list. The author mentions that the sequence of the list is “largely according to that of SASOL Birds of Southern Africa for ease of reference to a standard field guide”. That means a second identification book is required to search for a specific bird.
This species list in table form discloses interesting trivia. As an example, I learnt that the Black-shouldered Kite occurs in all our national parks except the Richtersveld National Park.

The author, Dr Rob Little, began his career in conservation as a Forester as long ago as in 1974. Since then he held several positions including co-ordinator of the Gamebird Research Programme at the Percy FitzPatrick Institute of African Ornithology, University of Cape Town, director of conservation at WWF South Africa, manager of the DST-NRF Centre of Excellence (CoE) at the Fitztitute. During this time he published a number of papers and books, including Terrestrial Gamebirds & Snipes of Africa, and Gamebirds of Southern Africa. 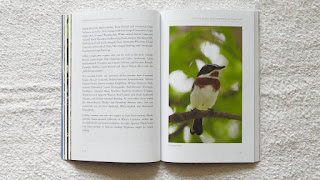 More than 100 beautiful photographs of birds are spread throughout the book. All photographs were supplied by Maans Booysen. Previously a farmer in the North West Province on a farm which was incorporated into what is now Madikwe Game Reserve, he is an expert bird guide having lead birding groups to Botswana, Mozambique, Namibia, South Africa, Zimbabwe and Zambia. Maans’ personal list of South African bird species tallies 894 of which he has photographed 885.
This is a nice addition to the book collection of birders who already have identification field guides. I will definitely make sure this handy book is in my suitcase next time I visit any of our National Parks.

Birding in South Africa’s National Parks – by Rob Little and photographs by Maans Booysen
First published and released: July 2018
The book has 205 pages with a flexible, soft cover.
Published by Jacana Media (www.jacana.co.za)