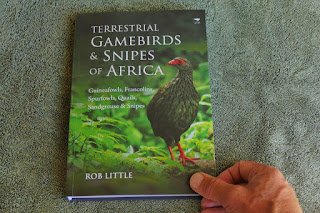 Watching Guineafowl on the farm where I grew up, I often wondered what goes on in their minds. During a peaceful excursion looking for food, two or more will suddenly start chasing one another with just about no regard for any danger.

We find Guineafowl all over South Africa, even in towns and urban areas such as Pretoria and Somerset West. Although this book does not provide an exact explanation for their often funny behavior, it does extend one’s knowledge of these fascinating and ubiquitous birds. 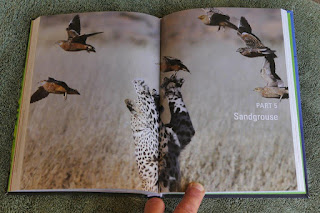 Terrestrial Gamebirds & Snipes of Africa is not only about Guineafowl. It is divided into 6 parts with 74 different species that covers Guineafowl and Congo Peafowl, Francolins & Partridges, Spurfowls, Quails, Sandgrouse, Snipes & Eurasian Woodcock.
Only the English, French and scientific names of the species are indicated. I would have liked to see at least the Afrikaans name as well, but assume that this book is targeted at a wider audience than just bird enthusiasts from Southern Africa. 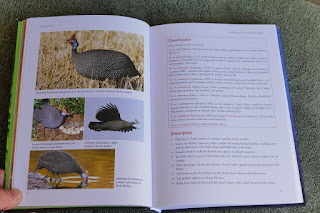 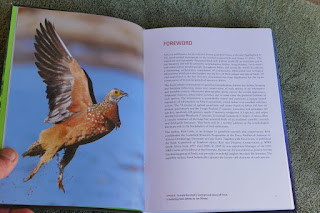 Terrestrial Gamebirds & Snipes of Africa is a good addition to the book collection of bird enthusiasts, wing-shooters, land owners, and others interested in nature and conservation of Africa.