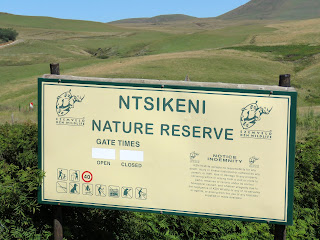 Ntsikeni Nature Reserve is located between the small towns of Creighton and Franklin in the south of KwaZulu-Natal, not far from the Eastern Province border. It covers an area of 9,200ha which contains one of the largest high altitude Ramsar wetlands in South Africa – roughly 1,800m above sea level.

The Reserve is characterized by beautiful scenery including the wetland itself as well as surrounding mountains such as Mangeni, Tsawule, Elephant Hill and Ntsikeni Mountain.
The name “Ntsikeni” originates from the Ntsikeni Mountain on the eastern boundary of the nature reserve, which is called “iNtsikeni” by the local people. The word “intsika” means the pillar, referring to the roof support structure found in most of the traditional huts (rondawels) in the surrounding area. Ntsikeni mountain has a rondawel-like shape and stands out as the highest point in the landscape (2,214.9m above sea level), has derived its name from the “intsika”.
Ntsikeni Nature Reserve was established on 1 September 1978, at the time part of the former Transkei homeland, as a result of the importance of the wetland. The wetland is situated on the Lubhukwini River, which arises at an altitude of 2,011m above sea level within the nature reserve and eventually flows into the Ngwagwane River.
Ntsikeni Nature Reserve falls within South Africa’s summer rainfall region with an average rainfall of more than 900mm per year. Temperatures range from well below freezing point to an average maximum of about 18 ˚C. The Officer In Charge told us it is the coldest place in SA where he has been. 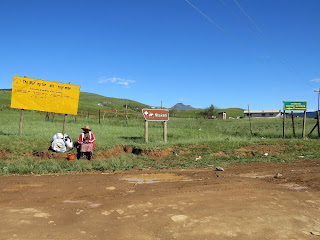 How to get there
There is only one access road into the reserve. Directions are not clearly indicated along the gravel road linking Creighton and Franklin. The road passes through numerous small villages. Eventually, about 12km outside the Ntsikeni village towards Franklin, there is a turn-off into a commercial forestry plantation. 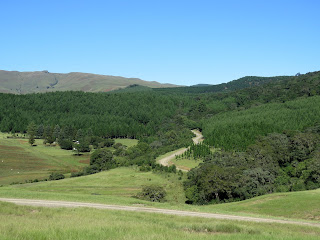 The access road through the plantation is not in a very good condition. It is advisable to use a 4x4 vehicle, especially during the rainy season.
This road takes you up the mountains, through the plantation for 10km where you will reach the reserve’s entrance gate. Before entering, you need to sign a register and indemnity forms. 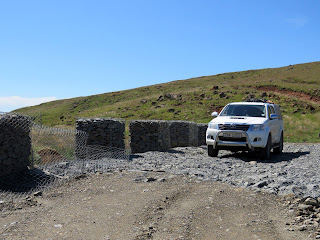 There is only one road inside the reserve for visitors, leading from the entrance gate in the south to the border on the northern side about 12 km further. It is a good gravel road with a few rocky, well constructed bridges over small water streams. The last kilometer or two leading to the northern boundary is still a jeep track and crosses a stream which could pose a problem during extreme wet conditions. Any sedan vehicle should be able to travel through the reserve. 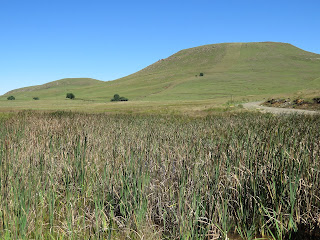 Although this is a huge wetland covering almost a quarter of the reserve, not much surface water is visible as the wetland is mainly grasslands wetland flat.


Ownership and Management
There was virtually no active management or control on the reserve prior to 1996 when the Eastern Cape government opened an office in the region and staffed the reserve with a qualified Nature Conservator. At this time several thousand head of livestock grazed the reserve and more than 200 people lived illegally in 96 homesteads spread throughout the reserve. In 1999 and 2000 all inhabitants voluntarily vacated Ntsikeni Nature Reserve and were relocated outside of it.
In 2003 an application to have Ntsikeni proclaimed as the Eastern Cape’s first Ramsar site was started. The Ntsikeni Nature Reserve was recognised as being part of the statutory protected area network within the Maloti Drakensberg Transfrontier Project. This lead to the upgrading of the road network and for the establishment of lodges and a horse and hiking trail in 2005.
On 1 April 2006 the Mzimkhulu district was transferred from the Eastern Cape Province to the Province of KwaZulu-Natal. The management of Ntsikeni Nature Reserve then became the responsibility of Ezemvelo KZN Wildlife.
It is sad to say that Ntsikeni Nature Reserve is severely under-funded with one of the smallest annual budgets for a nature reserve in the KZN province. The reserve is also under-staffed with shortcomings in key positions. Sub-standard housing, office facilities, equipment and the lack of basic services, power and communications have hampered efforts to manage the reserve and to properly patrol and undertake effective law enforcement within the reserve and on its boundaries. This led to too frequent and extensive fires which are likely to result in ecological degradation of the nature reserve and threats to key species such as Wattled Cranes. 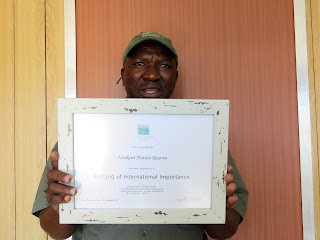 When and why Ramsar
Ntsikeni Nature Reserve received its Ramsar Wetland status on 2 Feb 2010. The wetland, which is one of the largest high altitude wetlands, is in good condition, as is its catchment, which is also entirely protected within the Nature Reserve. It plays an important ecological role in water storage and water flow regulation in the Ngwagwane and Umzimkhulu River systems.

Ntsikeni Nature Reserve is recognised as the second most important breeding site after Umgeni Vlei for the Wattled Crane in South Africa. It is also an important habitat for the endangered Long-toed Tree Frog, Oribi antelope, and other wetland dependent mammals.
Fauna & Flora 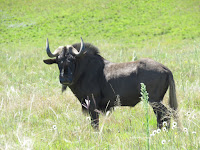 Mammal species favouring the wetland habitat of the Ntsikeni Nature Reserve include the Southern Reedbuck and Cape Clawless Otter. Oribi antelope, Mountain Reedbuck, Grey Rhebok and Grey Duiker also occur within the nature reserve, although uncontrolled hunting in the past has led to a depletion of their numbers. 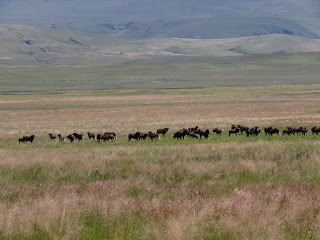 Wattled Cranes and Crown cranes breed here. We also saw Secretary birds, but according to info from Birdlife SA, there are many more species to be seen. On the mountain slopes of the nature reserve, a roosting colony of Cape Vultures exists and a pair of the endangered Bearded Vulture regularly nests in the nature reserve.
Threats
With a limited annual budget and restricted staff numbers, there are several challenges facing the management of Ntsikeni Nature Reserve. 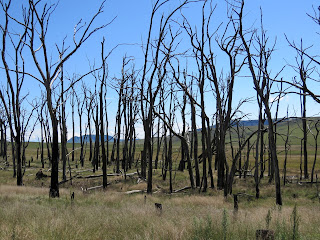 The commercial afforestation activities occurring outside of its borders are a major source of alien invasive species. Many alien trees, Wattle and Bluegum, are being removed from the reserve. This is a huge task and one cannot but wonder if the battle will be won at the current rate of removal.

Poaching by neighboring communities remains a challenge, as does uncontrolled fires.
All of these threats will require more resources to combat it successfully.
Job and skills development
A large proportion of the population in Umzimkhulu where Ntsikeni Nature Reserve is located, has low levels to no education at all. As a result there is a lack of skills in the region and income levels tend to be very low. A large proportion of households are dependent on social services and government grants. As a result of this, the focus of investment efforts in Umzimkhulu is on the improvement of schools, service infrastructure and roads, which are seen as a major impediment to economic development in the region.
In efforts to alleviate poverty in the region, one of the focuses for local economic development is growth of the tourism sector. Ntsikeni Nature Reserve is considered to be an integral component in the growth of this sector.
Tourism
Not far from the entrance gate, next to the road through the reserve, is May Lodge. It is designed for groups such as schools or small conferences and offers a communal kitchen, a conference/dining room, three dormitory-style rondawels each sleeping four, a communal ablutions block, two en-suite rondawels, and a diesel generator which provides electricity for the lodge. At the time of our visit, May Lodge was not operational, probably due to a lack of funds, proper marketing, and effective management. 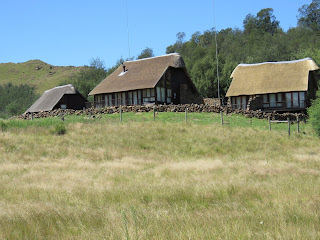 Ntsikeni Lodge is situated on the northern border of the reserve about 12km from the entrance gate. It provides more exclusive and upmarket accommodation and comprises of a communal kitchen and entertainment area, four double en-suite chalets, and a diesel generator which provides electricity for the lodge. It is managed on a concession basis by Button Birding, an experienced tour operator from Creighton.


With endless grasslands and prolific flowers in season, adventurous hikers frequent the reserve to explore the surrounding ring of hills which harbor impressive rock faces, chimneys, cracks and caves.
Other tourism activities in Ntsikeni Nature Reserve include the following:
Management has plans to increase the marketing and resulting tourism activities of Ntsikeni Nature Reserve. I am hopeful and optimistic that this will materialize soon.